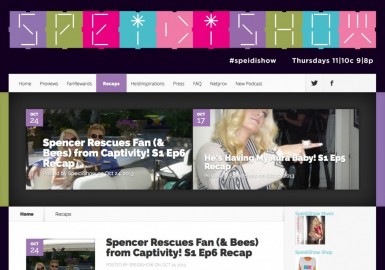 Reality TV stars Spencer and Heidi (aka Speidi) sought to collaborate with us on another netprov, and we got the idea of pretending they had a new show of their own and live-tweeting it.

The imaginary show appeared out of the blue complete with an official website (with typography by Rick Valicenti), unofficial fan sites and a core fan base of featured netprov players.

Shows were intensely live tweeted and fans debated hot topics from the show 24/7 for a full month. Spencer and Heidi loved the idea and let us use their official Twitter feeds to help get people’s imaginations going.

Show episodes included Speidi, Fix My Relationship! which got fans involved on Twitter, a double-elimination Yoga enlightenment contest (“You must now leave the ashram!”), Spencer solving the the ecological bee crisis by tracking down the bees — apparently stolen by Putin,— in their Siberian prison, and a Halloween night special Celebrity Haunted House featuring the dead and famous. 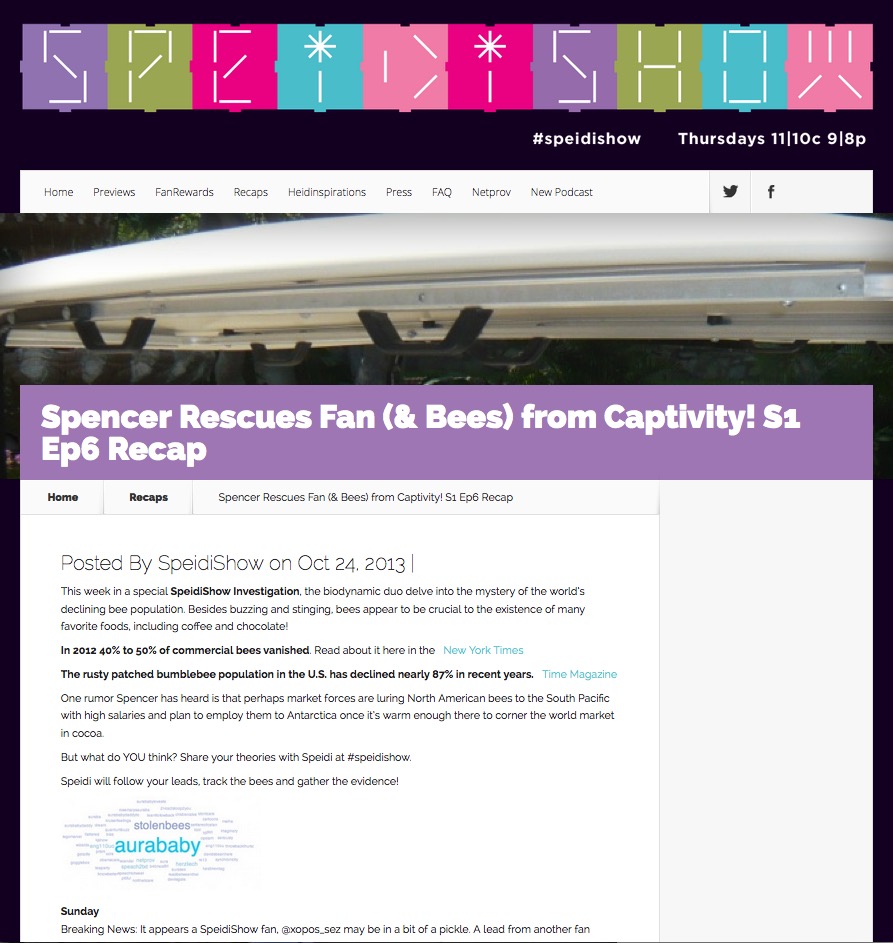 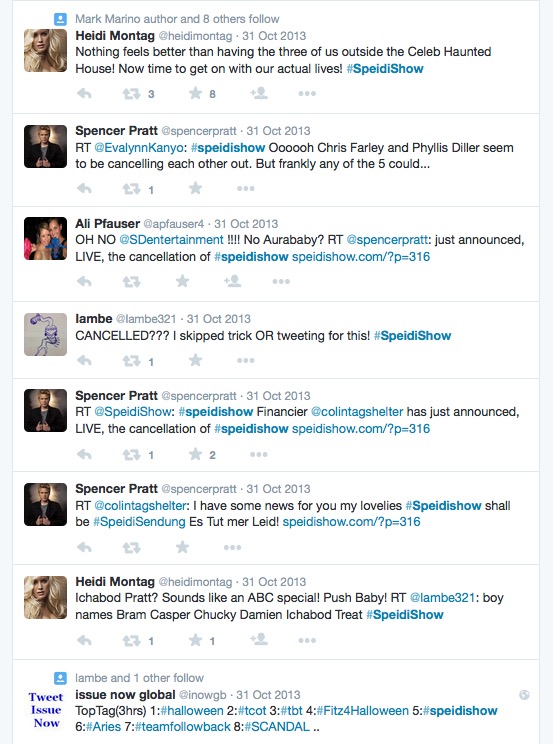 MTV saw the SpiediShow
The third episode aired last night, and the inseparable blondes live-catered a wedding for a VERY trusting couple.
Buzzfeed caught the SpeidiShow
“Netprov basically extends what ‘reality stars’ do all the time — only it allows the fans to help tell the story,” Pratt told BuzzFeed
HuffPost posted it
“Heidi Montag And Spencer Pratt Out-Clever Us All: Also, Humanity Might Be Coming To An End” “Which is why their brilliant — and successful — experiment is so infuriating.”
InTouch got the concept
“Spencer and Heidi explained that their revolutionary new form of entertainment takes on an interactive format rather than a traditional series, using a new technique called ‘netprov’—which combines improvisational theater with live tweeting.”
MTV looked again
“ ‘SpeidiShow is just as real as [people’s] image of us,’ Spencer told Us. ‘People have tried little Twitter tricks, but this is bigger. It’s a whole interactive world — the show, the backstory, the on and offscreen drama, made out of a huge online collaborative improv game.’ ”
UsMagazine called for an interview
“Montag tells Us: ‘Now fans can help us create new versions of Speidi.’ ”
New York Magazine’s The Cut came to play
“Aura Babies are the New Celebrity Babies  . . . You must never ask if a woman is with an Aura Baby, though Montag has promised that Pratt will carry this couple’s Aura Baby to term.” 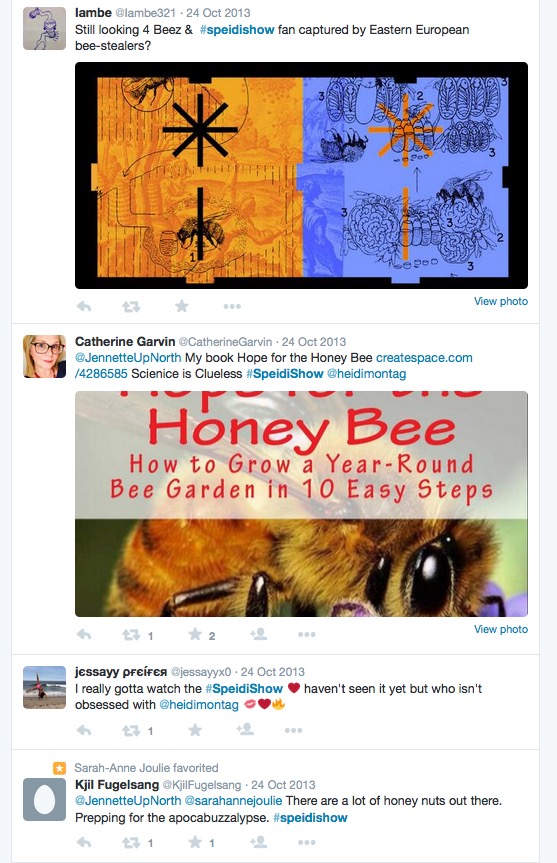 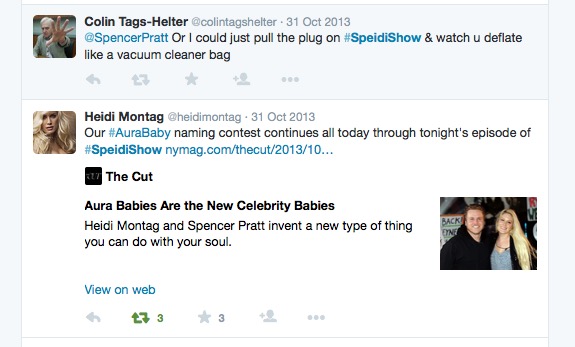